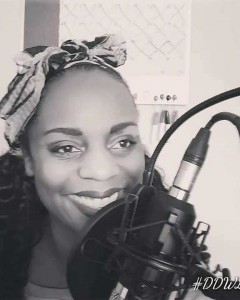 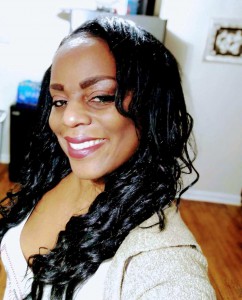 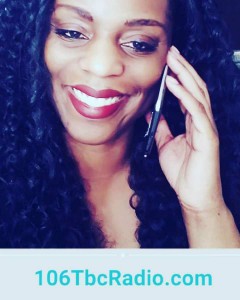 Dee Dee Walker was born in the Bronx, New York. She spent her earlier years growing up in the city, then relocated to Greensboro, North Carolina in her early twenties.

She always had a dream of becoming an Actress, after moving to Greensboro she did commercials and landed a spot on Blog Talk Radio.

Walker is currently doing ”The One and Only Dee Dee Walker Show” on 106TbcRadio.com for the last three years.

She has also done video Shows featuring live guests with her Mom for TV, called “Coffee Time” The Big Chat.

Walker has also published an action adventure-thriller screenplay called ”A Matter of Time” and wrote episodes of “The Carsons”.

She also shares that she has been in Plays and written some scripts along her journey into the exciting world of film. She was cast as the character Portia Love in the recent film ”Butter” which premiered in Greensboro.

“I didn’t know where it was going, I just enjoyed being on the set!” She reminisced.

Walker also mentions the short film “The Repast” in which she starred. “I played a Gold Digger! I played a snooty character named Gretchen who used a couple of people. I just love the character, you’ll be seeing more of her as there is ongoing interest in her.” Her company also filmed and edited the film project.

I asked if she though the recent protests sparked most recently by the murder of George Floyd would lead to police reform, and she like others remain hopeful that needed changes will come sooner than later.

We also discussed the likelihood of Walker creating a series of voice-over spots for my magazine.

The One and Only Dee Dee Walker prepares a chicken recipe. Watch and learn.