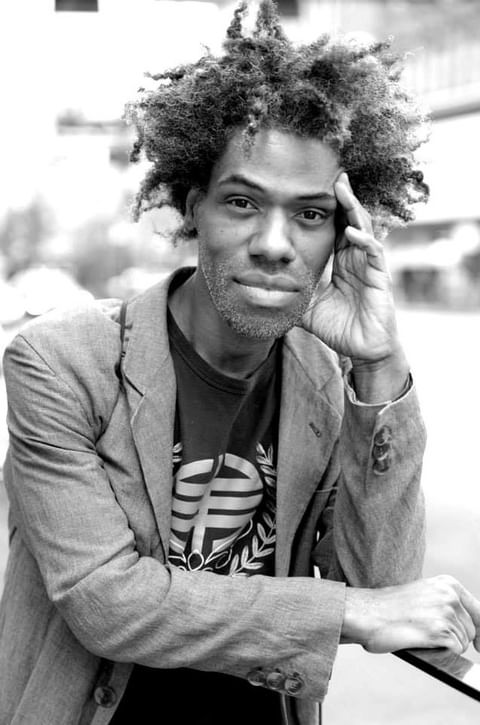 Hello, this is EM publisher@emmettmagazine.com, seeking comment from your recent DCFW experience, however if you have time for a few questions we would be glad to hear more from you. Thank you

Cool, so…Tell our readers about your early beginnings, and when you 1st knew you wanted to be a Designer.

I’m born and raised from Newark,

But I live in Jersey City.

Any or all you care to share or need the public to know about.

As a young boy, I took my sisters dolls from her, and started designing for them. My mom was always wonderful she never discouraged me, she’d later in life told me of someone who asked her and my sister if I were gay, and once my sister replied “as he wanna be”!

The person said I’m gonna pray for him, my mom said “you ain’t gotta do a damn thing, as long as my son is happy that’s all that matters, I pray for him.”

Did you have any role models/who inspired or helped you along the way?

Luckily my family was full of role models, I had a cousin that was a drag queen, who everybody loved; he could draw, do makeup, hair and dressed down. So as a kid I wanted to be just like him.

And I had another cousin who loved music and clothes and shared all that love with me.

I also had an aunt that sewed and painted she showed me things as well.

What would you say was your big break?

Big break…I’ve had so many wonderful moments, I’ve gotten the chance to work with several of the ladies I watched while growing up.

Any high profile clients you want to mention?

Have you had opportunities to supply work for film?

My clothes have appeared in several films throughout the years.

How long a history with DCFW do you have?

I didn’t have history with DCFW, if it weren’t for Swerv magazine sponsoring me to do it. Normally I do my own show on the last Saturday of March, but not in the past 2 years for reasons we know.

What’s next for you?

Next up, I’m heading to Belgium in May for an event.

OK, when I will write it up, and will send it to you. Thanks so much! I may need to do follow up with our new Fashion writer. (Starbrille Cooper/Designer) 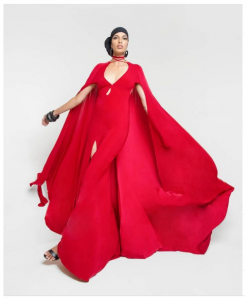 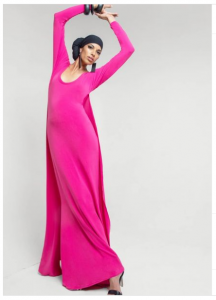 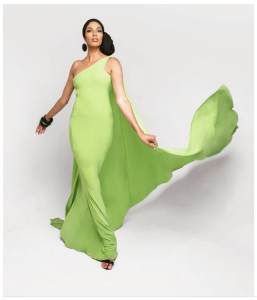 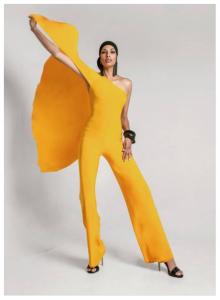 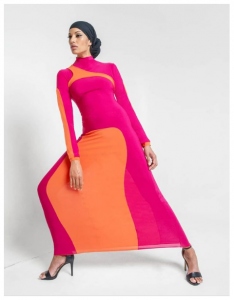 Recently I got to speak Douglas Says, a tri-state top Designer regarding his recent designs that were photographed by James L Hicks II and featured in Moevir Magazine.

I asked Douglas when did he start designing and he stated…

“I’d say I started in high school, ‘bout the 10th grade I took a men’s tailoring class, which afforded me to make better clothes for my dolls, plastic and real lol.”

The long fierce red gown is absolutely stunning and definitely a show stopper. I wanted to know what his inspiration was behind the dress and his response was…

“Share my inspiration, well what comes to mind from when I was making this one, is that I was booked to show my collection in a big show in Atlanta for a woman’s organization. And the items had to be shipped in advance, and would return the same way. But directly upon returning I had another big show for NYC pride, of which I d be opening the show, so before I left for Atlanta I had to pull a shut it down finale dress and this is what the spirit filled me with .”

Lastly, this gown in my eyes definitely belongs on the red carpet. I asked Douglas if he had a chance to have any celebrity wear his gown who would it be and his response was …

“I would say anyone from Iman, to any and all who supports my brand”.

“As my friend, famed hair designer to the stars Mr. James Harris says, I live and work in Jersey, he says I put ”Jersey “on the map, Lol”.

Interviewing Douglas Says was definitely amazing and I’m excited to see more work from him.