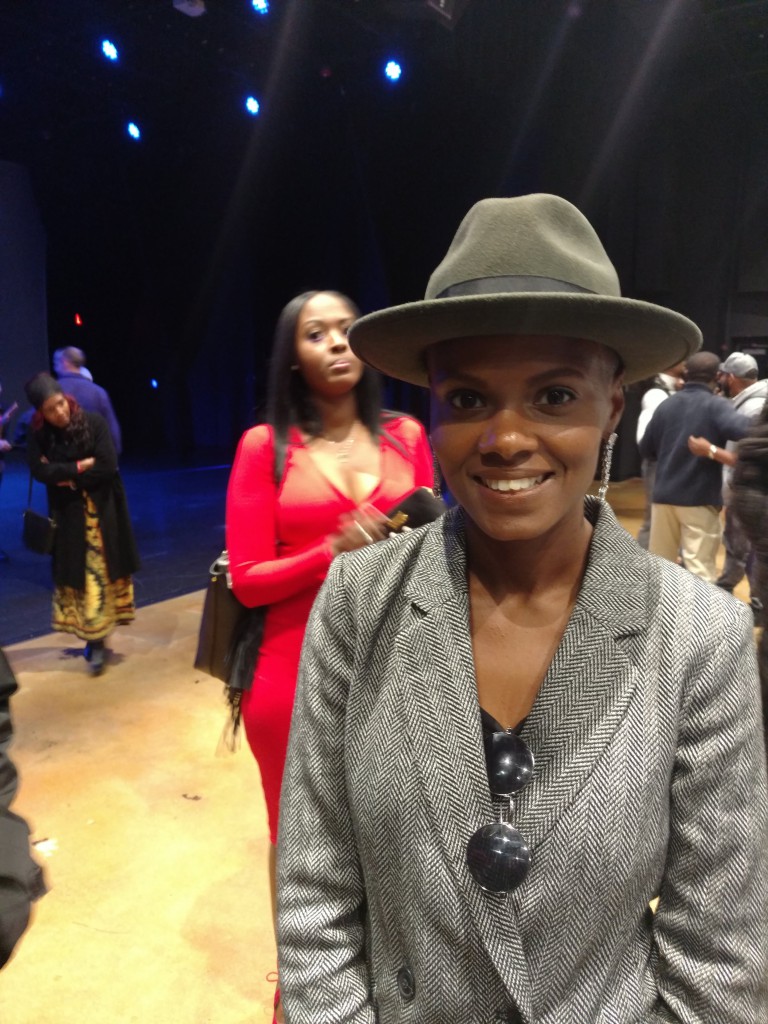 “ I aspire to inspire my fans and my younger fans do the same for me,” said Ferguson from her home in North Carolina.

When a reporter first wrote stories about Ferguson she was performing in front of 75 to 200 patrons,

that was prior to ”The Voice” television show.

Now she has traveled and thrilled crowds in Italy, Spain, Portugal, Greece, Turkey, and China where her crowds numbered in the thousands.

Morris Day and The Time, Music Soul Child, Carl Thomas, Mint Condition and the B.B. King All Star Band to name a few.

Vanessa Ferguson’s music is layered and complex ” with you” is smooth slow melody that can be heard on the radio.

In contrast on the edgier side is ” Cries to the Heavens” that deals with police brutality and a mother losing a child.

By the way look for Ferguson in a documentary on world-famous Jazz Singer Nina Simone.

Ferguson charitably performed in Nina Simone’s  house in Charlotte that is being renovated.

The series Black Lightning’s main character is Cress Williams, 49, a known West Germany born actor who plays  Jefferson Pierce a High School principal and loving father who reluctantly gets back into the hero business because his daughter was abducted by a villainous crew called the 100, led by Tobias Whale a six foot albino man

(Marvin Jones lll) who killed Jefferson’s father years prior this makes for hostile dramatic encounters throughout the series.

To see an empowered African American cast is tremendous. A true change of pace from other CW superhero ventures.

Another ingredient in the show that stands out is that it focuses on character development. For example the youngest daughter Jennifer Piece, portrayed by China Anne McCain matures from an irresponsible youth ( season 1) to a budding young hero blackbird (season 3)  Who can fly and shoot fireballs from her hands. Her acting is solid and authentic  her emotions of anger, indecisiveness and fear seem real. Growing into her powers kept me anticipating what was in next week’s adventurous episode.
Another important character is older daughter Arnissa Pierce played by somewhat new actor Nafessa Williams who portrays two sides of heroism. Her character is interesting and displays more martial arts vigilante characteristics. She is very spontaneous, angry, serious and is quick to step to her foes whether the 100 crew or Markovian invaders. In her personal life she plays a character whose love interest is a shapeshifter who can change from a beautiful exotic woman to an older oriental man to a leopard in seconds. This makes for spin that keeps me off balance.
All characters are eclectic and different and I admire that.
Another outstanding character is super villain Tobias who is merciless in his role in season three he said “if you did not want him dead why did you put him near with me.” He is a monster in this series.
Bill Duke has to be mentioned in his role as agent Odell. His thespian skills are magnificently presented. His dramatic pressure leaves you wanting more. The way agent Odell moves people around like pieces in a chess game to do his bidding is outstanding.
Director Benny Boom who was known for topnotch videos has demonstrates that he can execute an outstanding series. This show has something for all it gets 4.5 out of 5 from me and I would expect Image nominations to follow.
The background music features amazing artists Chaka Khan, Marvin Gaye and Howling Wolf.